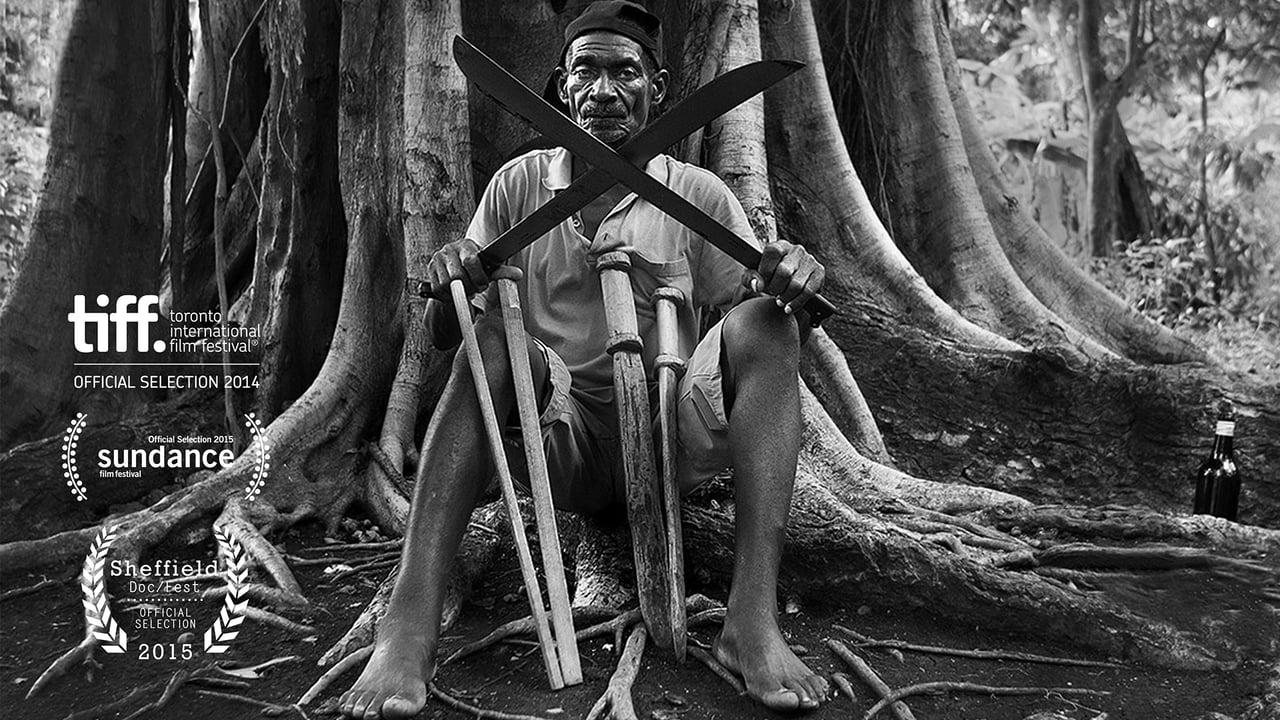 I had the honor of seeing Papa Machete at Homeless, a pop-up exhibit located in Miami. The exhibit curated by Axel Void featured local and international artists ranging from film to watercolor on canvas.

Papa Machete takes the viewer on a voyage to Jacmel, Haiti where Alfred Avril teaches the Haitian art of machete fencing also known as Tire Machèt. The subsistence farmer also teaches the history of the machete which was used in the Haitian Revolution to gain victory over the French. The machete has many uses and carries a theme within Avril’s life. It is used to fight within Tire Machèt and also to fight agricultural globalization when used as a farming tool.